Meaning: a rhetorical term for a litany of abuse, invective, execration, imprecation.

Usefulness: 1 (Once you learn the B is silent, it becomes much easier to say. This word will be come in handy if you're ever so foolish as to express opinions on things on the internet.)

Logofascination: 1 (From the Greek for 'cutting' or 'filth, nastiness', according to a rather useful about.com article on the subject. Google Translate tells me that abomination or abhorrence is the translation for the modern Greek equivalent.  I have not yet found any related terms, and the word itself is not in the OED. We have several options for Latin equivalents, but the Greek doesn't seem to have parented any English descendants.)

In the wild: I discovered it on the charmingly titled (and structured) Silvae Rhetoricae, a site which will teach you all you need to know about rhetoric and some Shakespeare to boot; it's so useful it appears just above SDOSTU in the Inky Fool's Language Links. About.com also have some handy pages of sample rants, or you can see the quote below.

Which is used in: G&P, Book the Third, XLVIII: How Gargantua showeth that the children ought not to marry without the special knowledge and advice of their fathers and mothers. Gargantua is a bit old-fashioned, and not a fan of priests meddling in children's lives without their parent's permission - if you think about Romeo and Juliet; he might've been onto something.


I cannot goodly determine what I should most abhor, detest, loathe, and abominate,--whether the tyrannical presumption of those dreaded sacerdotal mole-catchers, who, not being willing to contain and coop up themselves within the grates and trellises of their own mysterious temples, do deal in, meddle with, obtrude upon, and thrust their sickles into harvests of secular businesses quite contrary and diametrically opposite to the quality, state, and condition of their callings, professions, and vocations; or the superstitious stupidity and senseless scrupulousness of married folks, who have yielded obedience, and submitted their bodies, fortunes, and estates to the discretion and authority of such odious, perverse, barbarous, and unreasonable laws.

Both Rabelais and Sir Thomas were fans of bdelygmia, Sir Thomas to the extent of making up words to use in his. I shall probably have to create it as a label, but quomodocunquizing is a good example.
Posted by missjane at 11:59 PM 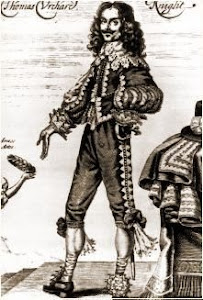